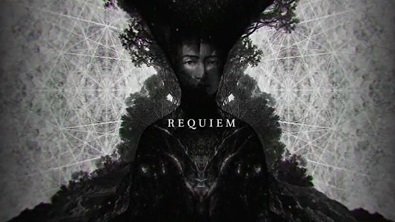 
Space in Cleveland never materialized and a deal on a space in Cincinnati fell through as construction was delayed.

Thankfully I again had an awesome friend who was available to run the store as she had just moved to Columbus from Chicago and was just starting her job search. We decorated the store as an homage to the art of a Christmas sweater. We had so much fun! Both stores again featured our hallmark Quirky Christmisc. Card Photo Booth along with the most amazing assortment of genuine, vintage Christmas sweaters.

We opened both sweater stores on Black Friday and once again, word traveled quickly and people flocked. Being in a traditional shopping center in Dayton proved to be even busier than a campus location in Columbus. The media circus we found in our first year was only larger with two stores in year two thanks again, Monica!

We found our way on to every major television network in Dayton twice! We were on to something and it was so much fun, exhausting, but so much fun! I was exhausted but contemplative. But at what cost? After just over 3 years in business, it felt like Pursuit was plateauing with our never-ending pop-up shop on campus. And it was clear that our fixation on ugly sweaters during the fourth quarter of every year disrupted Pursuit. My side project was thriving, while my main business was losing steam. I had come to a difficult conclusion, focusing on campus retail had run its course.

Most of our customers were no longer students and many customers where visiting us despite our campus location, not because of it. Just down the street one of the greatest neighborhood revitalizations in the Midwest was well underway in the Short North and it was clear that was where Pursuit needed to be.

It was time for Pursuit 2. Having re-invested in Pursuit and with the dust still only settling on the new store I was leery of putting too much energy into growing Christmisc in We opened Christmisc.

Columbus and Dayton on Black Friday without the luxury of months of planning and focus—we had been immersed in opening the new Pursuit shop. But we were smarter and more efficient in year five of being in the sweater game and year three of opening dedicated pop-up shops, so we pulled it off better than ever. Even with far less time and attention from our team, was a new high point in sales for Christmisc. While the results were great, something just felt different to me. I felt guilty to be working on the sweater shops with a shiny new Pursuit store now open.

Nick Drake: requiem for a solitary man – a classic feature from the vaults

My heart was no longer in it. So many of the things that I loved about Christmisc. Ugly sweaters had become so mainstream that they were everywhere, they were on the end cap at Target and next to the checkout at Kroger what?!?


But they were different. They were new and intentionally ironic, and in many cases, crass. I truly believe ugly sweaters are now a mainstream American tradition that will be around for many years to come. And I think a store full of thousands of genuine, vintage Christmas sweaters has even more potential than it did five years ago.

But my priorities have changed. We no longer need Christmisc.

That might seem obvious. I believe firmly that without Christmisc.

Pursuit never would have survived. Sweaters paid the bills in the early days when Pursuit was finding its way. And Christmisc. Something I was doing was working. And that's saying something.

Aronofsky simply can't get enough of himself. Thirty seconds after the movie begins, he opts for a pointless split-screen shot. From there on out he lays on a repetitive cavalcade of slow motion, fast motion, more split screens, cameras attached to actors, grainy surveillance images, dissolves, fades to black, fades to white, underwater shots, cameras on the ceiling, cameras on the ground, dream sequences, hallucinations, slowed-down vocal tracks, sped-up vocal tracks, grinding music, electronic blips, etc.

You better wear some headgear if you opt to sit through this thing; there's a good chance you'll want to tear your hair out. There are, of course, actors running around, but Aronofsky can't slow down long enough for anyone to create a decent character. The performers are more like flesh-and-blood effects. Jared Leto plays Harry, a Coney Island heroin addict whose life -- here's a shock -- is entering a downward spiral. It's an excessively nasty slide, but never fear: Harry will have lots of company before it's all over.

He and his best friend, Tyrone Marlon Wayans , scratch out an existence while trying to rustle up their next fix. When he's feeling good enough to walk out the front door, Harry also drugs it up with his hot girlfriend, Marion Jennifer Connolly. Aronofsky inserts the same three-second montage every time someone shoots up -- a syringe, some cotton, a flame, fluid shooting into flesh, a pupil dilating, a relieved sigh.

The goal is to make you understand how quickly the high can come and go, that these lost souls live only for that glorious moment. But it's a point that's been made so many times, and in so many other movies, you don't have to be told anymore. The repetitious skin-popping alternates with similar montages of people smoking pot, snorting cocaine and gulping uppers.

Nobody ever stops for a light snack. It quickly becomes apparent that Aronofsky will be pounding away for the duration. Wise viewers if that's not an oxymoron in this case will have no choice but to do a Muhammad Ali and fall into the rope-a-dope. The best approach is to just lean back, cover up, and let the director flail away until it's all over.

The subplot is actually the main plot filtered through an old woman's perspective. Ellen Burstyn plays Harry's mom, Sara. To put it mildly, Aronofsky and Selby, who helped him with the screenplay isn't kind to Sara. She and her friends are dumb as a pack of mules, cackling in the heat while they misinterpret their existence and rub sun screen on their old-lady noses. Sara, who initially is addicted only to bad TV, is told in a mysterious phone call that she's been selected to appear on her favorite program.

She decides she must lose 20 pounds before she can make her appearance, and an obliging doctor gets her hooked on diet pills. If you think Harry's got it bad, wait until you get a load of Mom's hallucinations. Burstyn tumbles through 12 or 15 uncharted levels of hell before she's being chased around the kitchen by a saber-toothed refrigerator. Aranofsky has a definite knack for teeth-grinding paranoia. After all, "Pi" is about a man who comes to fear mathematically inclined rabbis. Burstyn wails, screams, and experiences mind-bending delusions in virtually every one of her scenes.

She's a brilliant actress, one of our very best, and it takes guts to do something this deranged. It's just that over-the-top hysterics besmirch her dignity. You get the feeling that even David Lynch, the master of pushing things beyond all reason, would tell her to tone it down. Is it really a step up the actor's ladder to make the transition from mothering a possessed child "The Exorcist," to being possessed yourself?